“Furutech NCF wall socket and Pure Power 6E NCF
Dragging myself from my set (extremely hard) in order to provide you all with an episode of an audiophile. I have been playing with Nagra (see pics) for a while. Extremely happy but the upgrade bug kept raising its ugly head. So I went to listen to a Zanden 3000 mk2 preamp (to replace my Nagra Jazz), dreaming about a second hand pair of Zanden 9600s to replace my Nagra Classic Amp. Went to listen to the Zanden preamp and it was great: bigger sound, deeper soundstage. Great in every sense. But out of my reach financially. Still I wanted to do something, anything, you all know the feeling. So… what isn’t expensive and would still give me some improvement. Enter the Furutech NCF rhodium wall socket. At 265 euros a no brainer. Ordered the thing found a nice gentleman to install it and…. Was totally shocked! Lower noisefloor, more detail, more more more. But, even though I would never consider going back, there was a presence which curbed my enthousiam a bit… there was some definite “upfrontness” in the sound. As said, not enough to have regrets but still…. The improvement (in the detail department) led me to think more about the “power department”. I had read about the Pure Power 6E NCF and even though it was out of my reach right now, I wanted to hear it. Fortunately enough, I could listen to it in a super high-end store in the Netherlands, AudioLife in Buren, run by a team of enthusiast audiophiles. I described my experience here: https://www.whatsbestforum.com/threads/first-impressions-furutech-pure-transmission-power-6e-versus-vibex-granada-powersplitter.27486/#post-558000
But listening in a shop is not the same as listening at home. Fortunately, I was offered to test it at home. So home I went, taking a PP6ENCF along with the cheapest NCF power distributor (e-TP609E NCF), four NCF boosters and two TP-TCS31 power cables. At home, in went the mighty Elrod Master Diamond and the two Furutechs went to the Classsic Amp and MPS (feeding the Nagra Jazz and CDP). At this moment I have to make a confession…apart from looking forward to the experience… there was also some fear. What if the PP6ENF would also show the upfrontness of the wall socket (which, but the way, has decreased a lot by now), what if it would all be too much? I was told the unit was well broken in, but still… Well, there was only one way to find out, push the play button. And then….. nothing. Nothing?! No spectacular sound, no audio nirvana, no nothing. My brain did not compute… what happened?!? After the first five minutes of shock, I noticed how I heard things I had never heard before: increased soundstage, increased resolution, byebye noisefloor. The best sound ever but not in the way I expected. I have been playing for three days now, eight hours each day (the unit has to go back at the end of this week). Totally awed and for the first time in a long while, having the feeling, YES this is it!. But what was the initial shock? It was the fact that this thing is like Switzerland: totally neutral: every frequency was given the same attention. The improvement was from top to bottom. It is also like Switzerland in that the view is as if you were standing on a mountaintop in clear sunny weather, spectacular! No, Shakti, this will not turn your Wilsons into Magicos hahaha. But I guess you are already extremely happy using the first version of the Pure Power. So what is next? Well the Zanden dream is over, I will buy the PP6ENF, as soon as funds allow it. It gives me all I want. Will it end the upgrade virus for ever? No of course it won’t (I am a man ánd an audiophile, thé recipe to do silly things). But it will end the search for quite a while. The Furutech Pure Power 6E NCF, boring to perfection, the end of the search for spectacular sound because, without knowing it, it is already here. What can I say, if you feel the upgrade bug, the need to spend money in a big way, do yourself a favour: borrow the PP6ENCF, it will probably do more than a new amp etc. If you look at my photograph, you will see the unit in the middle, and that is where it belongs: in the middle, delivering its unassuming magic to every other component. The fact that is also looks exquisite helps of course. If I were a rapper I would buy a big chain and wear the Pure Power around my neck haha (and ruin my back).” – Wim Hendriks. 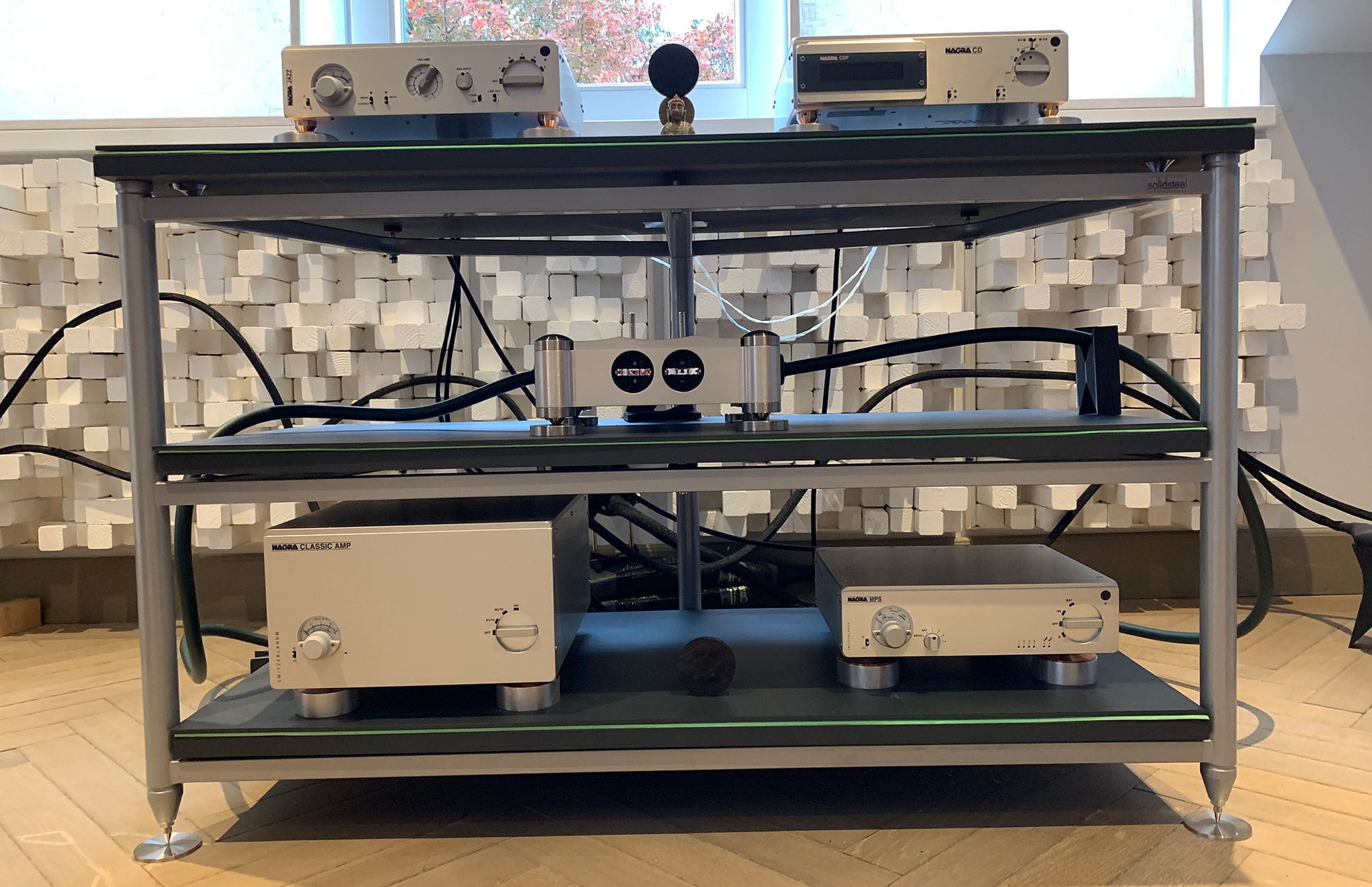